live and work in Kraków, Poland.

New Roman is both a collective and an art venue created in Krakow in 2011 by graphic artists and cultural movers and shakers: Kaja Gliwa, Jagna Lewandowska, Mikołaj Moskal, Damian Nowak, Paweł Olszczyński and Wojciech Orlik. Harking back to the aesthetics of  postwar modernism, the artists focus on genres and artistic styles. They elucidate that their name signifies ‘the new ones on the brink’.

Friction is a rubbing – a drawing produced as a result of imprinting objects with a pronounced texture on the surface of paper, which is rubbed with graphite. Friction is also a metaphor of how New Roman approaches contemporaneity – in a manner that is tactile and sensitive, but also detached. The distance is epitomised by the piece of paper that separates an inspiration from the past from the space of activity here-and-now. Friction is also the title of the exhibition as part of which the work was shown. The collective’s gallery is two blocks away from the building of the KS Korona sports club in Krakow, on the façade of which the artists have placed a transfer of a pyro picture made by Helena and Roman Hussarski in1958. 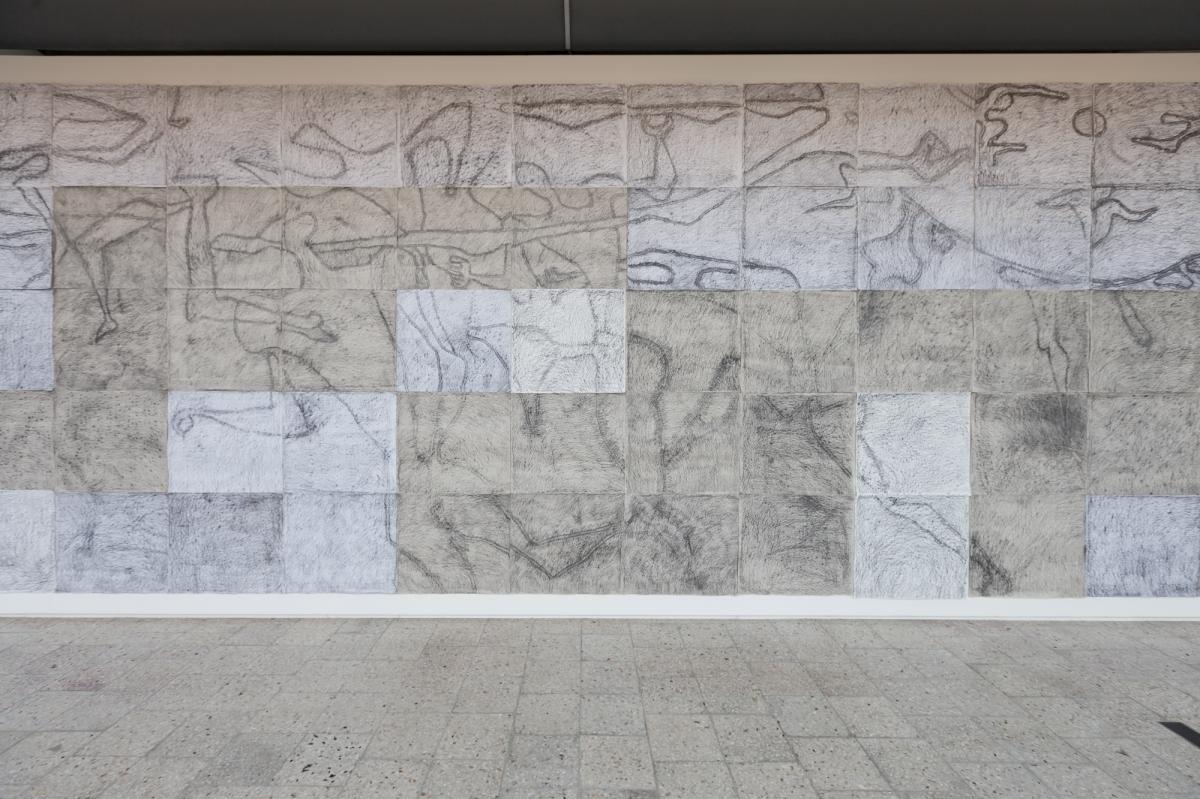