born 1985 in Rzeszów, Poland,
lives and works in Bytom, Poland.

Łukasz Surowiec is an author of objects, situations and interventions based on research into social relationships. His works deal with the interrelations within and attitudes towards those socially excluded and marginalised.

Carts is an installation that resulted from a swap that Surowiec performed with a group of homeless from Bytom. In exchange for old and dilapidated containers that the homeless used when collecting scrap, they were offered functional, purpose-made carts, on condition that that they consented to being portrayed by the artist. Within days, 40 brand-new carts appeared in Bytom, to the great interest of local residents. 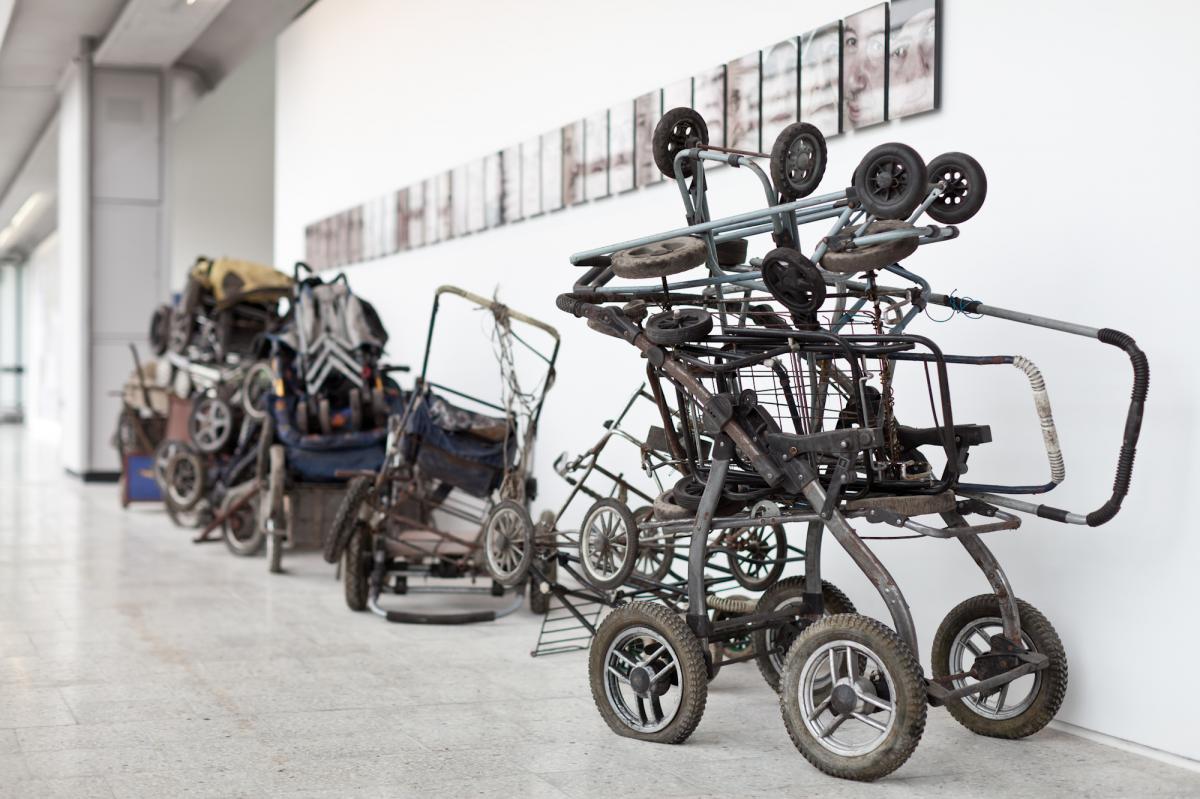