In 2012 Artur Żmijewski curated (with associate curators: Joanna Warsza and Voina group) The 7th Berlin Biennale, which was sometimes interpreted as the artist’s major individual exhibition. Żmijewski called for an exhibition, which resembles “the parliament rather than salon” involving individuals and communities that, for ideological reasons (e.g. due to clear religious qualities, smuggling conspiracy theories or xenophobic views), are rarely allowed to speak out in the space of a museum or a gallery. Żmijewski sought to achieve a polyphony of voices and mutually exclusive opinions utilising the dynamics of a dispute and political conflict to create a review of artistic practices that really work.

Berlin Biennale digital archives were made available to the Museum’s website visitors as of the day of the As You Can See: Polish Art Today exhibition opening. 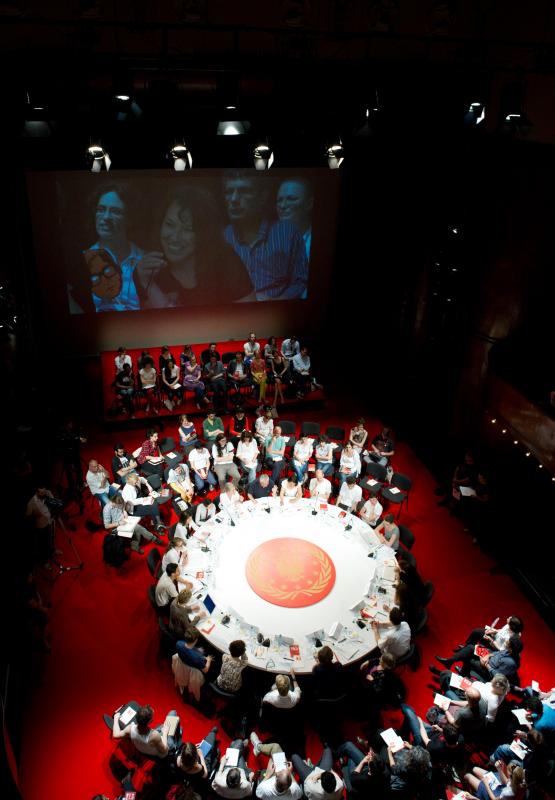