born 1981 in Koplany, Poland,
lives and works in Berlin, Germany.

Iza Tarasewicz creates objects, sculptures, drawings and performances. She is interested in the human body, its physiology and organic processes.

The work of Tarasewicz was initially related to ‘existential minimalism’, mainly a Poznań art scene phenomenon. However, unlike her contemporaries who tended to modify everyday objects, the artist embarked on employing organic, non-urban material.

The sculptures presented at the exhibition have been produced using human and animal hair, plant fibre, ash and processed animal gut. Both the processes involved in the production of the works – dissection, drying, curing – and the appearance of the resultant works are somewhat reminiscent of exhibits one might encounter in a museum of natural history. Invoking such natural processes as decay, moulting or metabolism, Tarasewicz reflects on materiality and the blurred demarcation line between the animate and inanimate world. 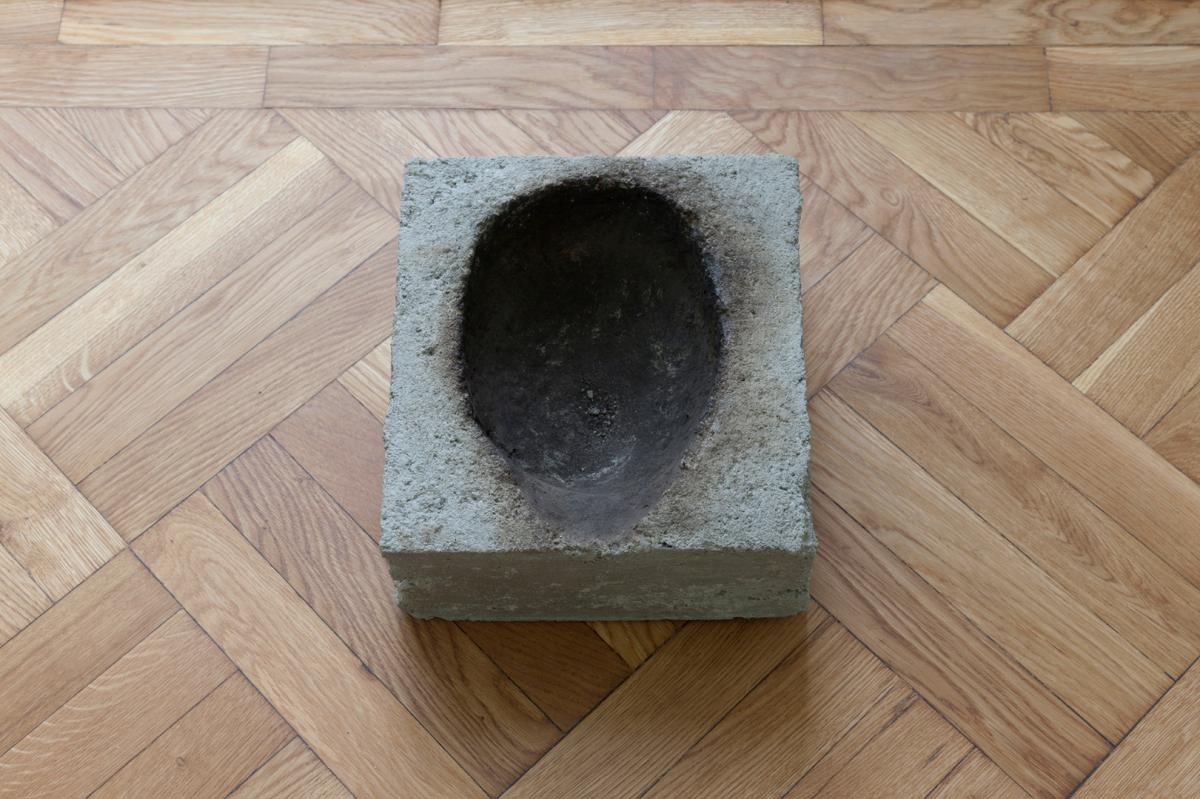