born 1967 in Poddębice, Poland,
lives and works in Łódź, Poland.

Magdalena Moskwa is a painter, photographer, designer of non-functional clothes objects. Her paintings are populated by images of women to whom the artist refers as ‘Nomans’.

The painting Untitled draws on the convention of the coffin portrait. What detracts, however, from its static ambiance is the impression created of a person falling down the canvas. Most recently, Moskwa has moved on from painting entire bodies to depicting ever smaller body parts, down to internal organs. As a result of such zooming in on the object portrayed, the surface of the painting is treated as if it were the surface of the body, with the canvas becoming its skin. 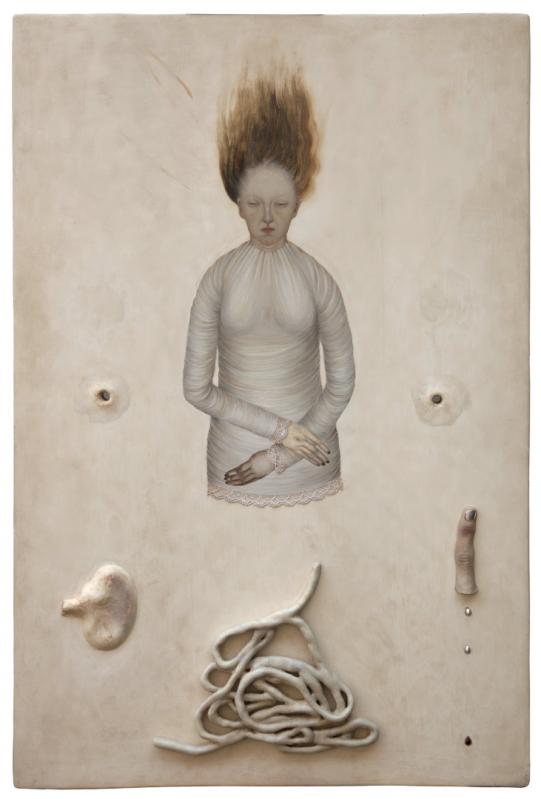