born 1972 in Tarnów, Poland,
lives and works in Kraków, Poland.

Wilhelm Sasnal is a painter and author of drawings. He is a film director and co-founder of Grupa Ładnie. He has evolved an idiosyncratic formula for realistic painting, in which he tackles history and such themes as memory, trauma and identity.

Sasnal is an attentive observer of contemporary reality. As a painter, he is particularly interested in its elements that generate emotions. The painting presented at the exhibition is related to the artist’s experiences of the situation in Egypt, following the uprising in 2011. It is a bitter commentary on what has been left of ‘the year of dreaming dangerously’ (in the words of Slavoj Žižek), that saw the revolutions in the Middle East (the Arab Spring), the rise of the Occupy movement and the protests in Spain and Greece. 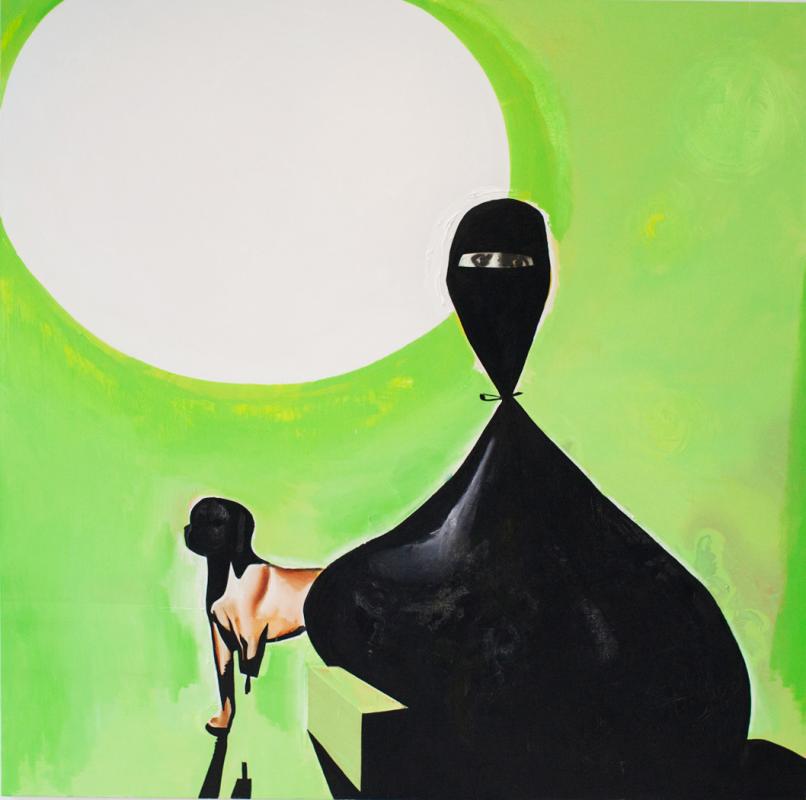